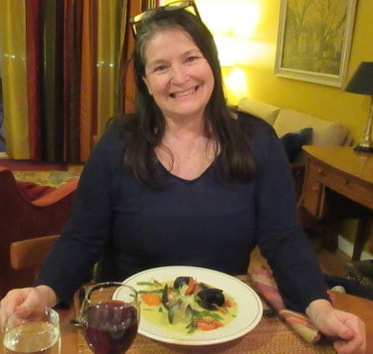 ​Jacqueline Huddleston
Born and raised in France, Jacqueline has been a chef for over 30 years. In 1990 she left the restaurant business to become a nurse and worked as an RN for ten years. She returned to cooking onboard a research vessel in Key West, Fl for another 5 years earning her captain's license and becoming an expert scuba diver.  After moving to Powell River in 2009 she pursued her dream of becoming a farmer. With a Class-D meat license she operated a small hobby farm, selling rabbit meat and teaching workshops.  As founding members of Hearthstone Village Jacqueline and her husband Mark loved participating in the development of the co-op. Now with Mark gone, Jacqueline continues to work towards their shared vision of a socially rich and interconnected community, living sustainably, while supporting and caring for others. 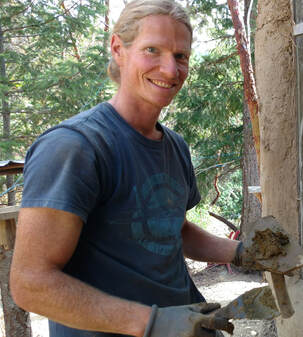 Jamie MacDonald
​Jamie studied aviation structures tech at North Island College (2005-2006) and worked for Viking Air in Victoria, BC with certification from Canadian Aviation Maintenance Council (CAMC) - Aircraft Structures Tech from 2006 - 2011. Jamie started a successful business in 2011, which he still runs with his partner Jenna, crafting artisan Pacific yew longbows and teaching workshops both locally and in the UK. The bows are sold across the world and grace places like the UK Royal Armoury in Leeds. He has been interested in co-housing for the last 15 years and has visited various communities in British Columbia to learn from existing models. 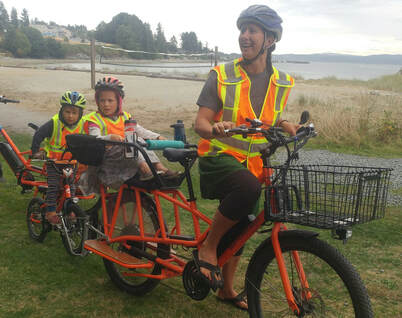 ​Jenna Fickes
Jenna is usually barefoot - at least in flip flops for most of the year.  She has been passionate about village living for years. She has been involved in various ceremonies for the past 20 years, including participating  in and supporting rites of passage. She studied Adventure Tourism at North Island College. She started a successful business in 2011 with Jamie - Ravenbeak Natureworks - crafting artisan Pacific yew longbows. Jenna’s business focus is on communication, marketing, finances, and day-to-day operations. Jenna has volunteered for the past 10 years (both as a teacher and organizer) for earth skills' week long gathering on Vancouver Island (Firemaker). Jenna & Jamie are blessed with 3 children - Feather & Yewen live with them here. 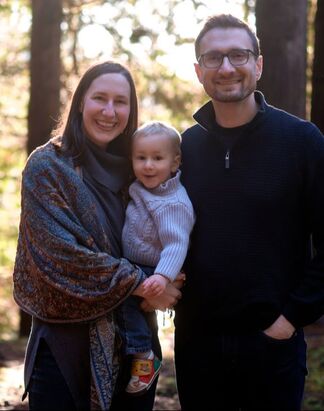 Lana Parra
Driven by her passion for reproductive justice, Lana raised funds for nonprofits in the Lower Mainland through dance productions and is now a Holistic Reproductive Health Practitioner who helps clients overcome challenges with their cycles. Lana believes that listening to our bodies is integrally connected to listening to the land. Lana enjoys cooking, gardening, making spreadsheets (no joke!), and built her first house (an earthen one) at Hearthstone. Lana also values conflict transformation and appreciates how her BA in Philosophy and training in Process-Oriented Facilitation inform her perspective on dealing with conflict.
​
​John-Michael Parra
An expat of the United States, John-Michael is a trained clinical counsellor with a degree in Psychology from Adler University in Vancouver, BC. In graduate school, he was forever changed when he learned about the concept of gemeinschaftsgefühl, a term coined by Alfred Adler, a forefather of modern psychology. Meaning “social interest” or “community feeling” in German, this phrase describes a deep sense of fellowship with the human community and interconnectedness with all life. John-Michael realized that he had been seeking - in one way or another - this experience of gemeinschaftsgefühl his entire life. That seeking brought him to Hearthstone Village. John-Michael’s current passions include reading, music, and somatic psychotherapy. He is trained in Somatic Experiencing, a form of therapy that supports people in releasing stress and trauma from their nervous system while improving communication between mind and body. John-Michael is interested in natural building and effective interpersonal policy-making for co-operatives. He is thrilled to begin his next great adventure: being a father to his newborn son Sebastian.
Bios Coming Soon
Our new 2023 Members:
Bengül Kurtar
Elizabeth Innes
Craig Peterson 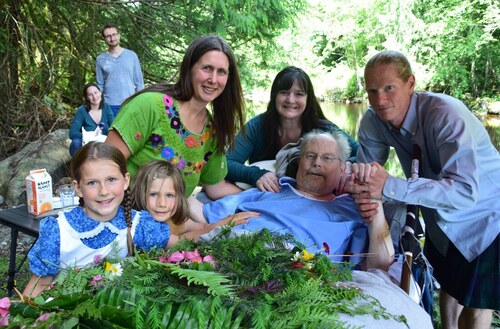 ​Mark Huddleston - Member in Memoriam
On June 25, 2020 Mark chose a medically assisted death after living for 8 years with metastatic prostate cancer. He passed away peacefully on the shores of the Eagle river here at Hearthstone Village, surrounded by people who loved him, in a beautiful ceremony. Today the beach where he spent his last few hours on earth is a place full of joy, laughter and life, just the way he would have wanted. During his professional life Mark worked as an Onsite Wastewater Treatment System Designer and Consultant, Environmental Health officer, Composting and Recycling Specialist, and Research Analyst in both the private and public sectors. He is dearly missed for his many talents, keen interest and enthusiasm. Our Cooperative will be forever grateful for the many seeds he planted, and remember him as they continue to grow. 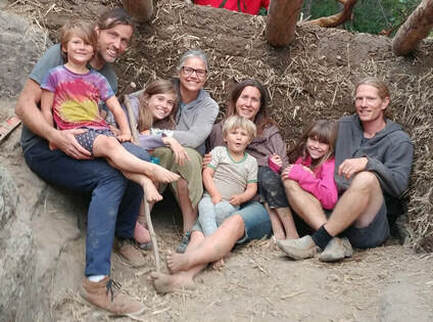 ​Jon van Oostveen and Susan Horsfall - Former Founding Members
As founding members Jon and Sue played an integral part in the successful formation of Hearthstone Village. With his background in architecture Jon was instrumental in our design process. He also worked many hours in the finance circle obtaining our mortgage. Susan's interests include permaculture and conflict resolution. She contributed to the garden and was instrumental in the creation of our connection circles. Their twin daughters Ella and Charlie filled the place with laughter and mischief, and are dearly missed. After one year onsite, they decided to relocate to Ontario to be closer to aging parents.